You can’t always run from love.

> Buy it now on Amazon

Marcy, the interior designer he met over the phone the previous morning, is pulling onto his driveway in a Nissan SUV. She steps out with big leather-bound binders in her arms. She looks like she sounded over the phone: friendly, helpful, the ideal next-door neighbor.

After introducing himself, Trevor points to the porch across the street. “I want something like that.” A welcoming set of tables, chairs, a couch, and throw-pillows. Orange and blue pillows. A slice of sun and sky.

He wants to sit over there and relax with a beer. Hi, I’m Trevor. Don’t mind me. Just welcoming myself to the neighborhood.

Trevor leads Marcy inside his home. The smell of pewter-gray paint still lingers. He has no paintings, no couch, no throw-pillows. Only a TV, table, and chair on the first level, and a bed and nightstand upstairs. It’s temporary. But temporary has already turned into three weeks.

How can he bring a girl home when he has no furniture? Not that there is a girl.

He tells Marcy to help herself to the lone chair as they discuss decorating styles. He’s overwhelmed by the choices, the pictures in the binders.

Marcy asks, “Why don’t you start by telling me about yourself? Sometimes I can get a feeling for a person’s style based on things I hear about them. What do you do?”

“I’m an architect. I designed this house, actually. You would think that as an architect, I would have some sense of how to design the inside of a house. But unfortunately, no.”

“Do you have any hobbies?”

“I go to the gym. I sketch landscapes here and there. I—”

“How long have you lived in the area?”

“Less than a month. I was about an hour away before. East.”

He may be wrong, but he thinks she’s giving him the once-over. Her gaze scans him methodically.

She said she wanted to know more about him, but what does his social life have to do with interior design?

He replies, “I like to shoot pool, go watch games, happy hour, that kind of stuff. My friends aren’t as close by anymore, so I don’t hang out much lately.”

Marcy’s gaze flicks up and down. She’s doing it again, sort of sizing him up. “Do you have a girlfriend?” she asks bluntly.

She slides a binder away. “I’m sorry to be so intrusive,” she starts off. “Oh, hell. I’m not sorry. Listen, I have a daughter….” She thumbs through her phone. Probably finding a picture.

Trevor shifts his footing. Marcy seems nice and all, but this is awkward. She’s an interior decorator, who has been in his house for 30 minutes, and she wants to hook him up with her daughter. Something must be wrong with—

The picture is a selfie of mother and daughter. The younger is Trevor’s type. Bright eyes and an even brighter smile. The tail end of a thick ponytail wraps its way over her petite shoulder. She’s wearing shorts. Her legs are toned and shapely.

“I’ll be honest with you,” Marcy says. “We recently made a bet that I could play matchmaker.” She puts her phone back on the table. “Zoe’s had a tough break with dating. But as you can see, she’s a beautiful girl. I’m biased, of course.” She smiles.

There’s no bias. She isbeautiful. He couldn’t deny that fact.

“If you’re interested in chatting on the phone or something, I can check with her,” says Marcy. “And you know, if it doesn’t work out, you’ll at least have a new friend in the area.”

Trevor appreciates how realistic Marcy is being, that she’s not already planning her daughter’s wedding.

A girl named Zoe sounds like she’d be fun. A little feisty, too.

Get I Run Sometimes on Amazon (or Amazon UK). 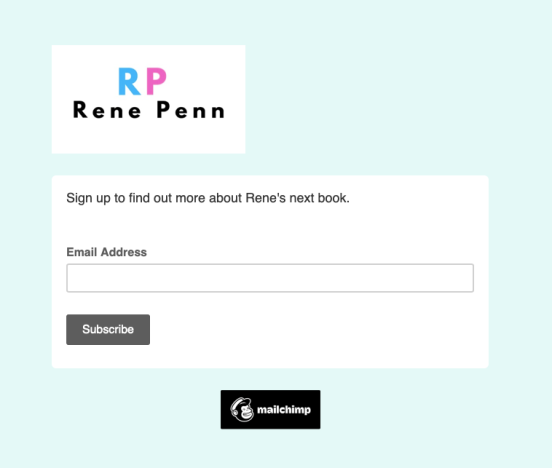